Well, it appears that I am   having lots of fun as I have not been able to get an opportunity to update my blog. Sorry followers!

After Nyah Victoria, Wentworth NSW was our next destination as we follow the Murray River. 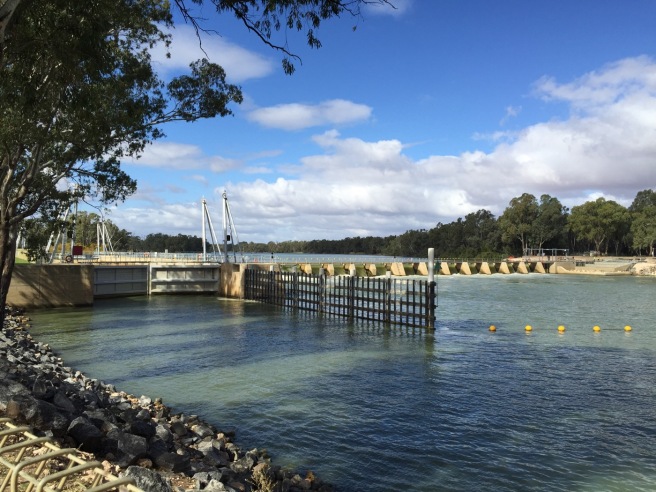 Our next few days was spent at Thegoa Lagoon which was just past the No 10 Lock & Weir. Another beautiful spot by the river.

We free camped here for 5 glorious days and met two nice couples, one from WA and the other from Victoria. Happy hour each day around the camp fire.⛺️

We looked around the town which had a gaol which was built during 1879-1881 and operated until 1927. The Education Department took over in the 1930s and was a school for several years. 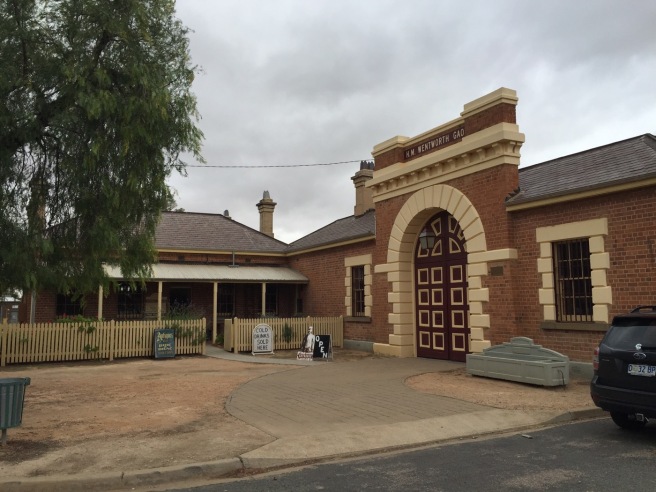 Four klms out of town sits the Perry Sandhills consisting of 400 acres of red sand hills which have been the location of filming many scenes from Australian and international films, including The Man from Snowy River II, Burke & Wills, Flying Doctors and Boney. Many TV commercials and also music videos were also made at the hill – Slim Dusty’s ‘Looking Forward – Looking Back’

Ok, lots to catch up on so off to the next town.